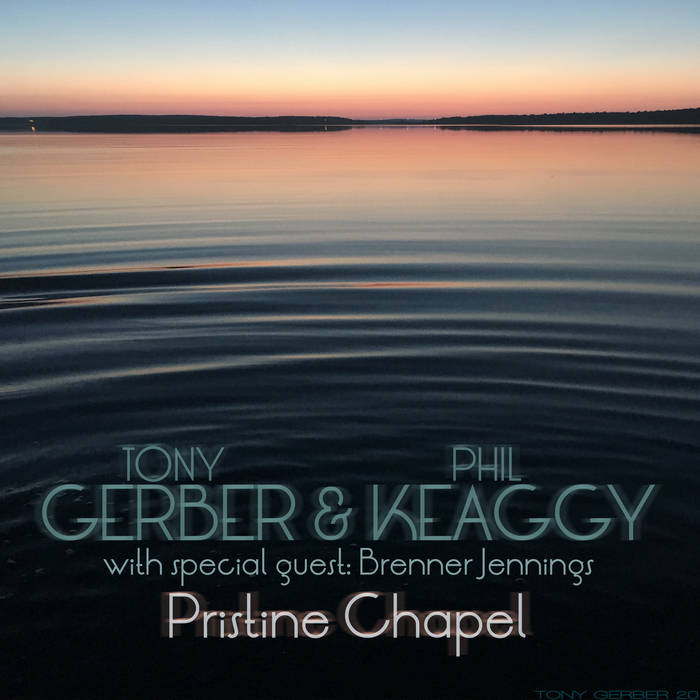 For the past 13 years I have been doing live one hour internet radio concert broadcasts from my home studio outside of Nashville, Tennessee. These weekly Ambient Sunday broadcasts air on RadioSpiral.net and into the virtual world of Second Life. I have been joined by many different amazing musicians over the years for the Ambient Sunday concert broadcast series, including Phil Keaggy and Brenner Jennings, individually, as duo performances. However, the Pristine Chapel recording is the first time all three of us had performed together.

These live broadcasts are “in the moment” music, where we are creating live on the spot and there are no overdubs. Armed with the multi-track stems from the live broadcast, Phil Keaggy and his son, Ian, do some audio magic in his recording studio. The results have even amazed us. It is with great pleasure we present Pristine Chapel as a homage to the healing outdoor nature from the great spirit on planet earth. Enjoy!
-Tony

I came to know Tony Gerber through Tom Shinness, who was an inspiration as a musician and friend. Tony invited me to participate on two of his podcasts where we would play live without any interruption. We also recorded a few extended pieces at my studio.

(I really appreciate Tony’s musicality and how he weaves beautiful textures together with the various instruments he plays!)

On this particular project we were joined by talented /multi instrumentalist Brenner Jennings, playing cello.

Sometimes it’s nice just to let the music take you where it will - and flow with it in that creative atmosphere. The hour passed by fairly quickly as we played and responded to each other’s muse.
I edited out a little more than 10 minutes of music and a section where there was some cables making noise.
The live broadcast was evident with those moments but after editing the final 46 minutes of music flows nicely.
Tony and I decided to title the various segments - and we came up with 12 titles. They flow uninterrupted into each section as the mood shifted.
I played acoustic guitar and changed to electric while Tony and Brenner carried on- then went back to acoustic toward the end.
I have enjoyed many listenings and hope you will too.
-Phil

VERY IMPORTANT NOTE:
If you are going to burn your own CD, make sure you set it so there are no gaps or spaces between songs.
credits
released September 6, 2019