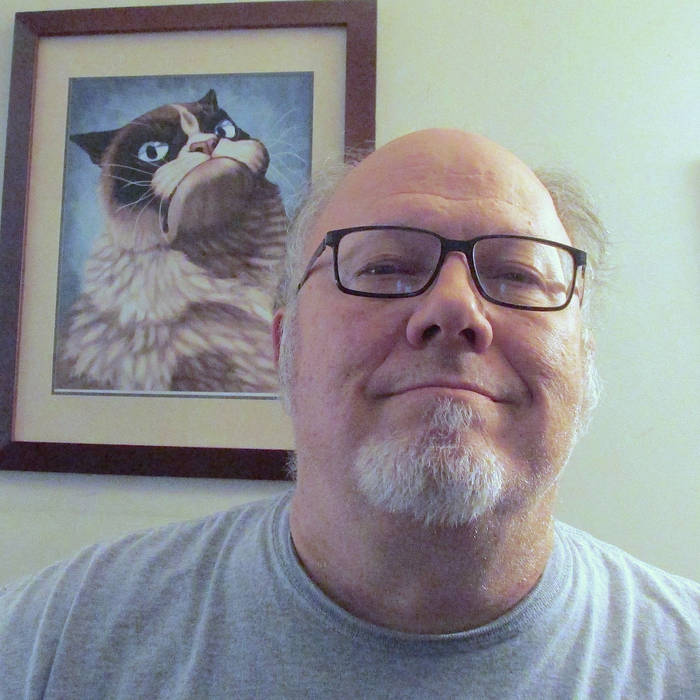 The first image that came to my mind with this song was that of wet pavement - like when you're driving at night, it's raining, and the surface has a kind of sparkly look to it. Maybe it was because of the "tinkly" tones in the beginning, as well as the high end "ping" of the melody. This is an older tune, composed around 2008, 2009 or so. The song was recorded in Logic with Arturia Moog Modular, Waldorf PPG Wave, G-Force M-Tron, and Logic piano plug-ins, as well as a lap steel running through a Line 6 POD v2. It's available as a download on the "It Is Decidedly So" album, available at 80lbtest.bandcamp.com/album/it-is-decidedly-so. Also, it's available on your favorite streaming service.

Based in Raleigh, NC, 80 lb.Test is the culmination of countless hours of experimentation with synthesizers and sound manipulation by Doug Llewellyn. Though Doug has played guitar and keyboards in bands off and on since the late 70's, this is the first time he has ventured out on his own. Early influences include Tangerine Dream, Todd Rundgren, Brian Eno, David Bowie, and Isao Tomita. Doug started humbly with a DIY synth kit, a Les Paul, a Mesa Boogie amp, a couple of microphones, and a 4 track recorder. After MANY years of procrastination, he decided it was time to put up or shut up.
80 lb.Test uses a variety of hardware synths and controllers, coupled with software virtual synths, to create anything from lush, ambient washes to frenetic pulsing sequences, to meandering sonic doodles. For the most part, the 80 repertoire is based on loosely structured songs. However, Doug will often wonder into uncharted territory, veering dangerously close to the musical ditch.
Having played venues such as The Pour House, Ruby Deluxe and Neptune's in Raleigh, Nightlight Bar and the Cave in Chapel Hill, Arcana in Durham, Bull City Ciderworks in Lexington, and the Electro-music Asheville festival, 80 lb. Test has shared the stage with artists such as Clang Quartet, Joules, Spookstina, Young Jesus, Melting Transistor, 1970's Film Stock, Solemn Shapes, and Knives of Spain.